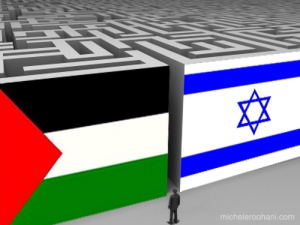 On Sunday, May 22, 2011, President Barack Obama spoke at an AIPAC Conference, three days after giving his decidedly pro-Israeli speech at the State Department on his broader Middle East foreign policy. It was a shockingly partisan speech to the extremist lobbying group that has the entire U.S. Congress in an unprecedented headlock that has become the envy of even the National Rifle Association. Of course, I assume that Obama’s handlers regarded a speech to AIPAC as obligatory given the upcoming presidential election in 2012. The dependence of political candidates for almost any significant elective office in the United States on Jewish electoral and funding support has become an article of secular political faith, and particularly so for a national office like the presidency. Nevertheless, the enactment of this political ritual by Obama seemed excessive even taking full account of the role of Israeli Lobby as to be worth noting and decrying.

What is worse, the mainstream media typically misconstrued the AIPAC event in a manner that compounds the outrage of the speech itself. For instance, the NY Times headline says it all: “Obama Challenges Israel to Make Hard Choices for Peace.” As Obama pointed out himself in his remarks, “there was nothing particularly original in my proposal; this basic framework for negotiations has long been the basis for discussions among the parties, including previous U.S. administrations.” The supposed hard choices involve Israeli withdrawal to the 1967 borders with agreed land swaps, only restating the generalized international consensus that has often been articulated by American leaders and in a variety of authoritative settings. This is hardly a hard choice, especially as interpreted by the White House’s former Special Envoy, George Mitchell, as including Israel’s perceived security requirements. That is, the land swaps now seem to embrace not only the unlawful settlement blocs that had been conceded by George W. Bush, but now appear to incorporate Netanyahu over the top demands for strategic depth at the expense of Palestinian land, demanding the appropriation of portions of the Jordan Valley along with the deployment of Israeli troops within a hypothetical demilitarized Palestinian state.

What is more, the alleged hard choice is never set against the background of the aftermath of the 1948 War that deprived of about half of the territory they had been given according to the UN partition plan embodied in General Assembly Resolution 181. And as is widely known, the Palestinian rejected that partition as being grossly unfair, imposed from without and awarding the Jewish minority population about 56% of historic Palestine. In effect, the willingness of the Palestinians, expressed first by the 1988 session of the Palestinian National Council to live within the 1967 borders meant agreeing to have their Palestinian state on 22% of the British mandate. This was indeed a hard choice! The land swaps involving settlement blocs, and their bypass roads, and further security zones claimed are all encroachments upon that 22%, and the fact that such further Palestinian concession can be proposed is indicative of just how unfair has become the American led approach to the resolution of the underlying conflict. It is further notable that this fundamental territorial redefinition of the two-state consensus is never acknowledged or even mentioned. In effect, what was thought to be two states in 1947 was dramatically diminished by what became the contours of two states after the 1967 War, and has been further diminished in dramatic form ever since by the settlement process and the various unilateral changes introduced by Israel in the course of administering Jerusalem.

The speech to AIPAC is significant not for these non-existent ‘hard choices,’ but for the scandalously obsequious pleading tone adopted by an American president that acknowledges with pride everything about the U.S. Government’s relationship to the conflict that should disqualify it from ever again having a shred of diplomatic credibility as a third party intermediary. Starting with the fawning “[w]hat a remarkable, remarkable crowd” to his heartfelt words of sympathy for Israeli victims of violence without even a scintilla of empathy for the far, far greater suffering daily endured by the entire Palestinian people: dispossessed, living under occupation, blockade, in refugee camps and exile, or as persons displaced physically and psychologically.

The passage on military assistance to a prosperous Israel should have come as a shock to American taxpayers but passes without notice by the Western media.  I quote in full because it so shamelessly overlooks Israeli defiance of international law and its militarist outlook toward the future: “..I and my administration have made the security of Israel a priority. It’s why we’ve increased cooperation between our militaries to unprecedented levels. It’s why we’re making our most advanced technologies available to our Israeli allies. It’s why, despite tough fiscal times, we’ve increased foreign military financing to record levels. And that includes additional support—beyond regular military aid—for the Iron Dome anti-rocket system.” It is not surprising that there was loud applause after each sentence in the paragraph just quoted, but it is surprising that an American president would try to please even an AIPAC audience this abject manner. After all, others are listening! Or should be!

Obama similarly brushes aside any concern about the unlawfulness of the Israeli occupation or its uses of force against a defenseless population in Gaza in its massive attacks launched at the end of 2008, and carried on for three weeks. Obama brushes aside the Goldstone Report by name, suggesting that its assessment of Israel’s wrongdoing somehow challenges Israel’s right of self-defense when in actuality the Goldstone legal analysis does just the opposite, and far more ardently and unconditionally than appropriate, in my view. There is not a word about the Flotilla Incident of a year ago or the recent excessive use of lethal force at the Israeli borders in response to the ‘right of return’ demonstrations associated with the Palestinian remembrance of the 2011 Nakba.

Going beyond the negativity of his State Department comments, Obama mimics Netanyahu in condemning the moves toward Palestinian Authority/Hamas reconciliation and unity. He has the temerity to insist that “the recent agreement between Fatah and Hamas poses an enormous obstacle to peace.” Actually, reasonably considered, the agreement should have been welcomed as an indispensable step toward creating the possibility of peace.

Not a word of challenge is uttered by Obama in front of this AIPAC audience about settlements, Jerusalem, and refugees. Not a word about the Palestinian ordeal, or diminished horizons of possibility, and no White House plan announced to give a talk before a Palestinian audience. The Obama talk was so outrageously one-sided, so contrary to American strategic interests, that it implicitly suggests that the Palestinians are so weak and passive as to let it slip by in silence. Only a justifiable outburst of Palestinian rage could begin to counter this impression of diplomatic surrender. 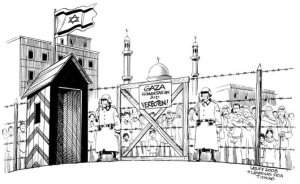 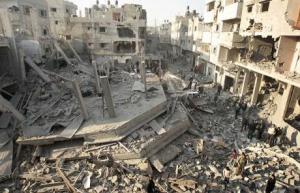 Palestinian prudence would go further that an angry reaction. After such a speech the only responsible response by the Palestinian leadership is to conclude once and for all, however belatedly, that it is no longer possible to look to Washington for guidance in reaching a peaceful, just, and sustainable resolution of the conflict. Indeed, to allow such a Washington framing of peace at this point, in light of this Obama/Netanyahu posturing, would further disclose the incompetence and illegitimacy that have long handicapped the Palestinian struggle for self-determination based on a just and sustainable peace and founded on respect for Palestinian rights under international law.