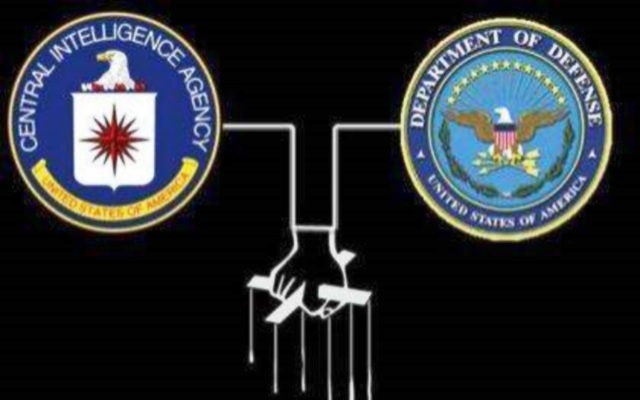 It is no secret the US believes it is an ‘exceptional Nation.’ The US considers itself the exception to the post-WWII rules that govern the behaviour of other Nations, enabling it to violate International Law with impunity as the world’s late, great Imperial Power.

The UN is located in New York, and the US pays for most of it. The Secretary-General is beholden to the US government. How can he, the UN Security Council or the International Court charge the US with violating International Law or the Principles of the UN Declaration?

General Wesley Clark is a retired 4-star General, and former NATO Supreme Allied Commander. For those who haven’t seen it, this is a video of him blowing the whistle in 2007 on the US War Plans brought out just days after 9/11

Republican Bush started the Iraq regime change part of the 2001 US War Plans in 2003 violating International Law, undermining the Global Order in place since the end of WWII, and ushering the Law of the Jungle into the Middle East and the World.

President Trump is following the same 2001 US War Plan these 16 years later. He recently announced in Saudi Arabia, his Administration’s intention to bring regime change to Iran, the last target in the US War Plans General Clark revealed in 2007.

Republican Bush-Democrat Obama-and now Trump, all following the same 16 year old US War Plans. That’s enough circumstantial evidence to make a thinker think there really is a ‘DEEP STATE’ pulling the strings behind the scenes of the Republican-Democrat Facade?