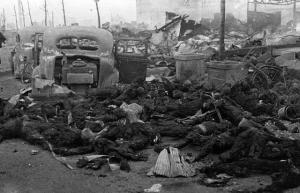 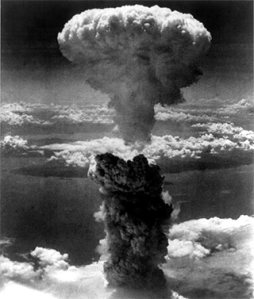 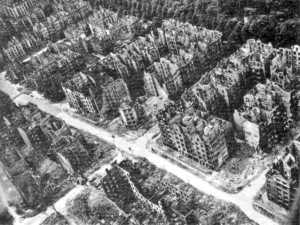 There are several pressures that push war in the direction of the absolute, and imperil the human future. Perhaps, the foremost of these is emergence, use, retention, and proliferation of nuclear weapons, as well as the development of biological and chemical weapons of mass destruction. Since Hiroshima and Nagasaki there have been several close calls involving heightened dangers of wars fought with nuclear weapons, especially associated with the Cold War rivalry, none more serious than the Cuban Missile Crisis of 1962. To entrust such weaponry to the vagaries of political leadership and the whims governmental institutions seems like a Mt. Everest of human folly, and yet the present challenges to nuclearism remain modest and marginal despite the collapse of the deterrence rationale that seemed plausible to many during the confrontation between the Soviet Union and the United States.

Underneath the tendency to develop for use whatever weapons and tactics that technology can provide is the fragmented political identities of a world divided into sovereign states. The inhabitants of these states of greatly varying size, capabilities, and vulnerabilities, have long been indoctrinated to view their own state through the idolatrous eyes of nationalism that view the extermination of the enemy as acceptable if necessary for national security or even desirable to satisfy national ambitions. The ideology of nationalism, nurturing the values of unquestioning patriotism, have led to an orientation that can be described as secular fundamentalism, vindicating militarist worldviews however dysfunctional given the risks and limits associated with gaining desired political ends by relying on military superiority. The crime of treason reinforces the absolutist claims of the secular state by disallowing defenses based on conscience, law, and belief.

As I have pointed out in other contexts, the militarily superior side has rarely prevailed in an armed conflict since the end of World War II unless also able to command the moral and legal heights wherein are located the symbols of legitimacy. The political failures of the colonial powers despite their military dominance provides many bloody illustrations of this trend of miltarist frustration that did not exist until the middle of the last century. Because of entrenched bureaucratic and economic interests (‘the military-industrial-media complex’), the experience is denied, military solutions for conflicts continue to be preferred, and futile recourse to war goes on and on.

One further check on the excesses of warfare is supposedly provided by the inhibiting role of conscience, the ethical component of the human sensibility. This sentiment was powerfully and memorably expressed by some lines in the Bertolt Brecht poem, “A German War Primer”:

General, your bomber is powerful

It smashes down forests and crushes a hundred men

But it has one defect:

It needs a driver.

This ‘defect,’ a driver is both a human cost, and maybe a brake on excess, as Brecht suggests a few lines later:

He can fly and he can kill

But he has one defect:

Of course, military training and discipline are generally effective in overcoming this defect, especially as backed up by the nationalist ideology discussed above, while international humanitarian law vainly tries to give support to thinking and respecting limits. The Nuremberg Trials of Nazi surviving leaders even went so far as to decide that ‘superior orders’ were no excuse if war crimes were committed.

In the nuclear age this process went further as the stakes were so high. I recall visiting the headquarters of the Strategic Air Command (SAC) at the height of the Cold War. SAC was responsible for the missile force that then targeted many cities in the Soviet Union. What struck me at the time was the seeming technocratic indifference of those entrusted with operating the computers that would fire the missiles in contrast to the ideological zeal of the commanding generals who would give the orders to annihilate millions of civilians at a distant locations. I was told at the time that the lower ranked technical personnel had been tested to ensure that moral scruples would not interfere with their readiness to follow orders. I found this mix of commanders politically convinced that the enemy was evil and apolitical and amoral subordinates a frightening mix at the time, and still do, although I have not been invited back to SAC to see whether similar conditions now prevail. I suspect that they do, considering the differing requirements of the two roles. This view seems confirms by the enthusiasm expressed for carrying on the ‘war on terror’ in the aftermath of the 9/11 attacks.

In this period new technological innovations in war making accentuate my earlier concerns. The reliance on drone attacks in Afghanistan (and elsewhere) removes the human person altogether from the war experience, except as in the role of programmer, and even here reliance on algorithms for targeting, removes any shred of responsibility. When mistakes are made, and innocent civilians are killed, the event is neutralized by being labeled ‘collateral damage,’ and an apology is issued but the practice goes on and is even extended.  More important is the chilling effect of removing that human presence, both as a person of one’s own nation being at risk and as a source of potential questioning and even refusal. It should be recalled that the anti-war opposition of American soldiers in Vietnam exerted a powerful influence that helped over time finally to bring this failed war to an end.

What is at stake ultimately is the human spirit squeezed to near death by technological momentum, corporate greed, militarism, and secular fundamentalism. This web of historical forces continues to entrap major political actors in the world, and dims hopes for a sustainable future even without taking into account the dismal effects of the gathering clouds of climate change. Scenarios of future cyber warfare are also part of this overall process of destroying societies without risking lives directly. The cumulative effect of these developments is to make irrelevant the moral compass that alone provides acceptable guidance for a progressive human future.

NOTICE: The following 2 videos have actual graphic scenes of revolting, disgusting, fearful, sickening violence, evil, and the depravity of man’s brutality toward man from the Past. This is not for the weak at heart.

If we cannot face the evils from our Past, and learn from them Today, we will be ill-equipped to deal with them in the Tomorrows of the Future if humanity does not change it’s values and ways?

Leon Panetta, Head of Pentagon and C.I.A. under Obama, Says Brace for 30 Year War with ISIS

8 thoughts on “WARFARE WITHOUT LIMITS: A DARKENING HUMAN HORIZON”