As the struggle to make ends meet, feed our families, keep a roof over our heads, pay for a rising cost of living, with stagnant or falling income, forces and pressures are building that are making more and more people  feel like Mr. Beale, “I’m as mad as Hell, and I’m not going to take it anymore” from the 1976 movie ‘Network.’

The words Mr. Beal spoke in 1976 were prophetic and Timeless, and are just as True for the realities of Today

Powerful and rich Mr. Jensen delivers his ‘corporate cosmology’ to the Mad Prophet of the Airways in the link below. Only with the benefit of hindsight can we see the 1976 movie was prophetic and current for our Time 36 years later as the world wakes up to see and realize the Global Corporatocracy that has consolidated power and control over every material aspect in the lives of the people-consumers of this world.

Unawares to me, earlier that Saturday, March 5, before I uploaded this report later that night, Michael Moore spoke to the Protesters in Madison, Wisconsin.

His speech contained similar themes to those in this 1976 movie ‘Network.” At the 19 minute mark he had the crowd chanting, “We have had it” a thought very similar to “I’m as mad as Hell, and I’m not going to take it anymore.”

I was happy to discover the Michael More video the next day, as in the Spirit transcending National boundaries, Space and Time.

This article was the lead paragraphs in the article  ‘TV & POPULAR CULTURE: IDOLS, ADVERTISING AND UNREAL REALITY’ posted on March 5.

This Blog, being a work in progress, I thought it better to separate that  article which was much too long for a Society accustomed to 30 second sound bytes, with attention deficit disorder to greater or lessor degrees, and give it a new current title.

The following video from the 70’s is strong evidence the more things change, the more they remain the same. 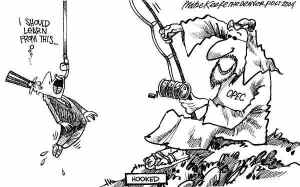 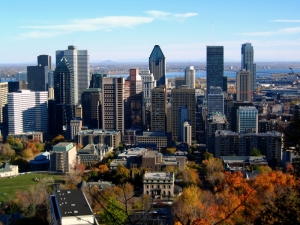 The year 1973 was significant to me for two reasons; the 1973 oil crisis and a particularly vivid and powerful dream I remembered on waking. It had threads of reality weaved within it as there was a blast of a good time jam packed all inclusive party in the actual apartment I was living in at the time.

Montreal, I had an unobstructed view of the mighty St. Lawrence River, to the farthest extension of the horizon south to the US of A.

Suddenly, the the old, 2 story building collapsed into a pile of rubble as the earth shook violently. Climbing out and shaking the dust off, toward the northern view, I could see the real park across St. Jacques Street and the highrise buildings in the distance on the higher cliffs of Notre Dame de Grace swaying back and forth.

A Rolls Royce was parked in the street in front of the rubble that used to be my apartment. Getting in and turning on the radio, the only thing coming over all radio bands was, “You have to go to him. He wants you.”

the time, I drove over to a fabulous dream apartment, not his real life one, having a commanding view of the entire City of Montreal.

He put on a long playing vinyl album on a sound system looking like the kind today’s professionals use. The needle got stuck in the groove, and over and over again it played, “You can’t stay here. You have to go to him. He wants you.”

Stunned on hearing that and backing away from the grand sunken living room, I backed into a tree standing in a corner of the room. The branches of the tree embraced me saying, “You can’t stay here. You have to go to him. He wants you.” 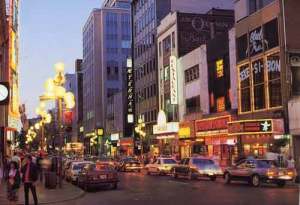 Bumping into somebody, I fell down and got up. Dodging things falling from the sky, I would stumble and fall. Getting up, I ran and climbed over collapsed rubble, falling and getting up again.

The obstacles seemed endless. Eventually from shear exhaustion, I

collapsed and gave up. I couldn’t run any more. At this point, the sky parted, and just a hand came down out of the sky, and picked me up. I woke up being lifted up in the palm of the hand.

Maybe I was a slow learner to put 2 + 2 together, but it took two more years after that dream before I came alive to God or God came alive to me on February 1, 1975  as I was turning 30. That Day was as unexpected and as powerful an experience to me personally, as I imagine was the conversion of Saul on the Road To Damascus.

The hand has been there for me time and time again since then.

NOTICE: The following video has graphic scenes of revolting, disgusting, fearful, sickening violence, evil, and the depravity of man’s brutality toward man from the Past. This is not for the weak at heart.

If we cannot face the evils from our Past, and learn from them while it is called Today, we will be ill-equipped to deal with them in the world of Tomorrows of the Future if humanity does not changes it’s values and ways? 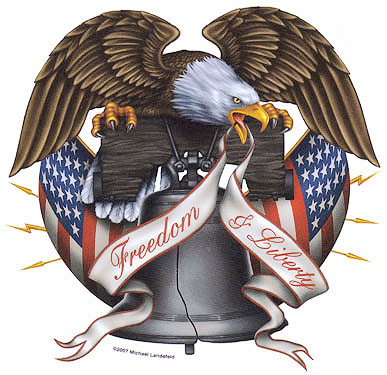 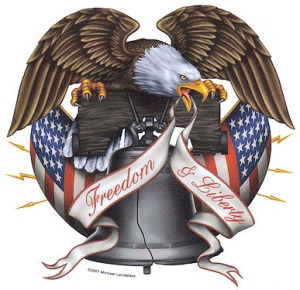 I am a Canadian.

Free to speak without fear.

Free to worship in my own way.

Free to stand for what I think right.

Free to oppose what I think wrong, and

Free to choose those who shall govern my country.

This heritage of freedom I pledge to uphold for myself and all mankind.

It was in the days of my youth in 1960, when Kennedy was President,

the Prime Minister of Canada, John Diefenbaker, introduced this preamble to the Canadian Bill of Rights.

I am not always conscious of this ideal, but in retrospect, as I just turned 67, I now realize it has been my internal auto pilot governing how I conduct myself, and how I deal with others.

I think this Canadian ideal of Liberty is totally consonant with America´s highest ideals.

I suppose that´s why Americans don´t know much about Canada, your closest neighbour and friend. We don´t cause you problems like the other countries you do know about do. Canada is your most secure source of oil in the world, and we haven´t rocked your boat, even with the Great Lakes between us. We have been at your side when it mattered.

The American Declaration of Independence from the bad, old ways things were done embodies the very same ideal contained in the opening paragraph:

´WE hold these truths to be self-evident, that all men are created equal, that they are endowed by their Creator with certain inalienable Rights, that among these are Life, Liberty and the pursuit of Happiness.´

What has this got to do with the American Liberty Bell and all it symbolizes? There is a big difference between espousing high ideals and practising what you preach. The Liberty Bell rings hollow in proclaiming Liberty throughout the land when the early wealth of a Nation is built on the backs and labour of slaves. That is why the crack is there.

I believe, as a Canadian and objective observer, President Obama is beginning the attempt to repair that crack between people. Obviously, being a prisoner of The White House, it is up to WE, The People, to actually do it, whatever is necessary.

I was upwardly mobile in the business world in 1975 when I experienced a Spiritual awakening as powerful and unexpected as the conversion of Saul on the road to Damascus.  At 30, I sold all my possessions, and with a back pack on my back, headed into the Unites States to discover the Spirit of ´76. 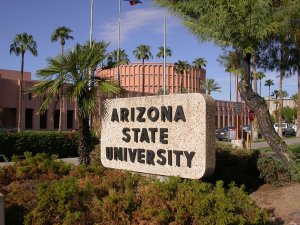 For part of that 14 month experience I spent time in Tempe,  at Arizona State University. I joined with the Cardinal Newman Centre, the just off Campus Roman Catholic church. The Centre itself was a new, one level, L shaped building, built around the old church well over 100 years old at the corner. It was unsafe to use for worship. but it had a BIG Bell in the Bell Tower. Every Day, someone was assigned to ring that Bell by a long rope about 4 inches thick in diameter.

The Priest would let me read the scriptures during services, but as often as I asked, he would not let me ring the Bell. One Day, to my great joy, the priest gave me the key to the old church and told me to ring the Bell and call the Faithful to Worship.

Being my first time in the old church, the Bell looked so high up in

the tower as I grabbed hold of the long rope.

Starting slowly, I started to get into it and pulled the rope as I prayed to the Angel of the Bell.

With every fibre of my being, with all my vibrations, praying/thinking to the Angel, I thought, ¨Lord, let the sound of this Bell rise above the noise and the din of the city traffic. Let the sound of the Bell rise above all the petty hatreds, squabbles, conflicts, jealousies, crime and violence. Lord, let this Bell proclaim Liberty throughout all the Land!¨ I was really getting into it.

The priest came running over in a panic. His hands were covering his ears as he shouted, ¨ Stop it! Stop it! You´re ringing that Bell too loud.¨ They never let me ring the Bell again.