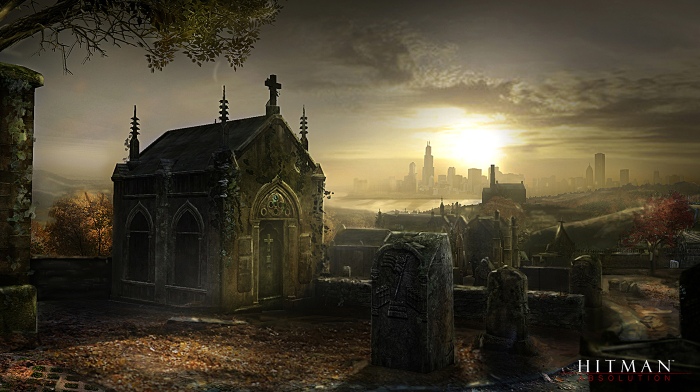 Halloween, at least in part, originally was a ceremony for the dead, and in the Christian context an interval to honour or pray for those who had died but were still parked, so to speak, in Purgatory, awaiting their eventual ascent to heaven. It was, and still is, underneath the costumery and fun, a time to think of the dead.

Death may be the only taboo left in the modern world. We cosmetize to delay its inevitable advent. Botox and surgery are our apotropaic — our effort to ward off carnal dissolution. But other eras were not so skittish about death.

Connoisseurs of death can do no better than to read and read again the great 17th-century rhapsody of Sir Thomas Browne, known as Urne-Burial or Discourse of the Sepulchral Urns lately found in Norfolk. It is a soaring meditation on how humans have sought to cheat oblivion, to secure themselves against time, by the manner and scale of their memorials. The Pyramids of Egypt are the most monumental. And every common headstone is but a poor man’s pyramid. 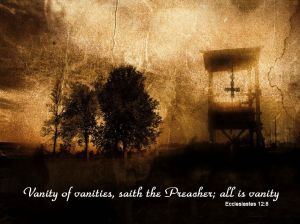 Browne scoffs at all attempts: “But all was vanity, feeding the wind and folly. The Egyptian mummies, which Cambyses or time hath spared, avarice now consumeth. Mummy is become merchandise, Mizraim cures wounds and Pharoh is sold for balsams.” (By Browne’s time, the use of “mummy” as a drug was common, and there was a traffic in Egyptian mummies to Europe’s apothecaries.)

He mocks the Emperors who sought to have their names live forever: “There is no antidote against the opium of time … our fathers find their graves in our short memories … Generations pass while some trees stand, and old families last not three oaks.”

John Donne, a Church of England cleric whose works appeared in the early 17th century, was fascinated by the carnal sharing between the dominions of Eros (love) and Thanatos (death). Love’s urgency is seen as a flight from Death.

Perhaps the greatest funeral oration ever given was Donne’s commentary on the text of Psalms 68:20, “Unto God, the Lord, belong the issues of death.” It is an obsessive, morbid-seeming, up-close mediation on the physical 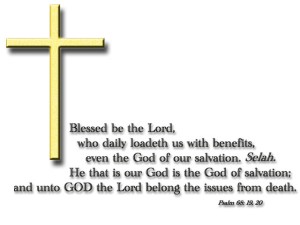 decay attendant on death. And what is even more remarkable was that Donne rose from his own sickbed to preach it at Whitehall on the first Friday of Lent in 1630 — in essence, Donne preaching his own funeral sermon: “For this whole World is but a Universall Churchyard, but our common grave and the life and motion of the greatest persons in it, is but the shaking of buried bodies in their graves by an Earthquake. That which we call life is but Hebdomada mortium, a week of death…”

In the 17th century, the grave and sex were verbally akin, the most common pun being “to die” signifying both the end of life and sexual climax. In Andrew Marvell’s famous “To His Coy Mistress,” the poet eerily woos the lady to “enjoy” while she can, for after death “then worms shall try / That long preserv’d virginity / And your quaint honour turn to dust / And into ashes all my lust / The grave’s a fine and private place / But none I think do there embrace.”

Shakespeare, naturally, is another who never flinched. Romeo and Juliet is really a gothic love story, told in the shadow of death. Measure for Measure has the brutal soliloquy on the terror of death, from Portia’s imprisoned brother: “But to die, and goe we know not where / To lie in cold obstruction and to rot / This sensible warm motion to become / A kneaded clod.”

So much of what is memorable in language about death comes from this period in history, when brilliant, word-mad minds, in full intellectual fever, sought in language a means to state their fears in order, partially, to quell them.

But if you should want some lift from these dark and chilling ruminations, there is one 20th century poem by Wallace Stevens that has a, let us say, most pleasant tone, his “Sunday Morning.” For Stevens, “death is the mother of beauty; hence from her, alone / shall come fulfillment to our dreams / and our desires.” 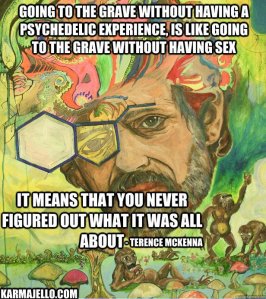 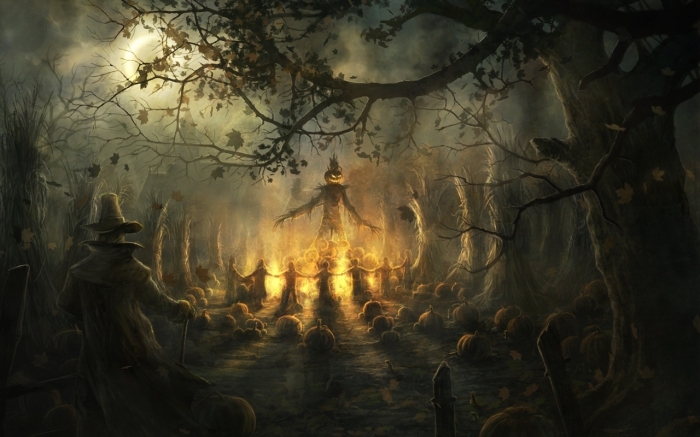 As a young kid, I loved Halloween in my neighbourhood of Verdun, a poor English suburb of French Montreal. The last Time I went to a Halloween Costume Party was 40 years ago and I went as Father Time.

My Vision and Understanding of Death

There is a morbid fascination by this generation for Zombies, more than earlier generations. Toronto just had a Zombie parade with some real scary looking walking Dead.

Zombies symbolize The Walking Dead among us, and in the context of your writing, most people are the Walking Dead, and without exception, are headed to the same finality in this world. 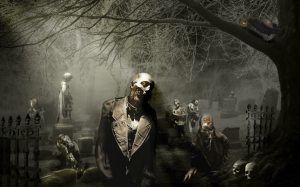 The vanity of the fancy Tombstone or Mausoleum is irrelevant. The Destination of the Grave is the same for all that do not believe Death is only a Doorway to another Dimension of Being. 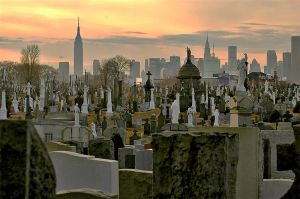 Jews and Gentiles, Princes, Paupers, Believers and Atheists, the Good, the Bad and the Ugly, in Death, end up as dust and ashes in the dirt of this earth by the Great Equalizer.

If only the people could find that Equality while we’re still alive in this world?

And Judgment is turned away backward, and Justice stands afar off: for Truth is fallen in the street, and EQUITY cannot enter.
Isaiah 59 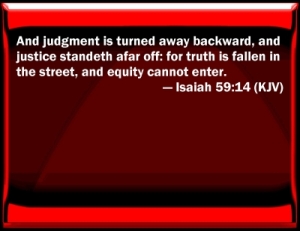 And the nations were angry, and your wrath is come, and the time of the dead, (zombies)
that they should be judged, and that you should give reward to your servants the prophets, and to the saints, and them that fear your name, small and great; and
should destroy them which destroy the earth
Revelation 11:18

When you can see it happening in this world, is it Revelation being revealed? Everyone can see the Nations are angry and more people will be sent to the finality of the Grave.

The Christian Faith believes Death entered this world by the sin of one man, Adam, at the Beginning of the Sentient Human struggle thousands of years ago. Humans have gone to the Grave all that TIME.

For as much then as the children are partakers of flesh and blood, he also himself likewise took part of the same; that through death he might destroy him that had the power of death, that is, the devil;
And deliver them who through fear of death were all their lifetime subject to bondage.
For verily he took not on him the nature of angels; but he took on him the seed of Abraham.

Wherefore in all things it behooved him to be made like his brethren, that he might be a merciful and faithful high priest in things pertaining to God, to make reconciliation for the sins of the people.

For in that he himself has suffered being tempted, he is able to help them that are tempted.
Hebrews 2

What is the Object and Goal of that Faith in this world, before we get to the Grave? As an Individual, this is the single most important insight of the entire Bible of what is at stake to my Mind and Spirit.

Behold, I stand at the door, and knock: if any man hear my voice, and open the door, I will come in to him, and will sup with him, and he with me.
To HIM THAT OVERCOMES will I grant to SIT WITH ME IN MY THRONE, even as I ALSO OVERCAME, and AM SET DOWN WITH MY FATHER IN MY THRONE.
He that has an ear, let him hear what the Spirit says to the churches.
Revelation 3

Any Individual, recognizing the Spirit of the letter, and willing to have the Patience and Trust to endure whatever Life brings, can Overcome all Life’s difficulties, doubts, reverses and challenges. Then you will have much Time Alone to reason with God since most other people just don’t care, comfortable with their cocoon in The Matrix.

By these words, God invites Humans TO BECOME God with God after Death, preparing for that while we are Alive, Resurrecting with the Risen Christ Day by Day in this world. The paid holiday of Easter is supposed to remind us of this. 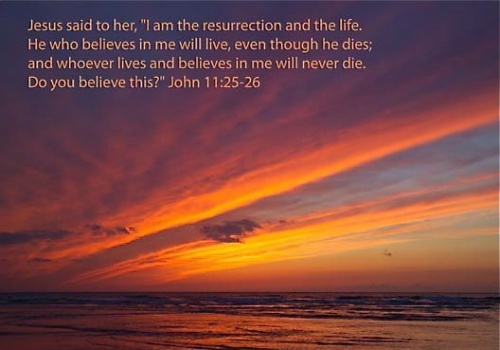 Everyone can overcome if they Truly desire and believe with a sincere, humble heart, in finding The Way.

One thought on “DEATH & RESURRECTION”