I found this page I was not looking for in Google search results this week. Somebody I don’t know took the Time and made the Effort to compile photos and images from articles in this Blog in one Internet page.

King Solomon, reputed to be among the Wisest of the Wise in Religious circles, wrote the title of this article in the opening verses of Ecclesiastes some 3000 years ago. Solomon had 700 wives and 300 concubines according to the Bible. The Concubines were not his wives, but kept women in his Palace for his…Read more THERE IS NOTHING NEW UNDER THE SUN

Professor Richard Falk is an International Law and International Relations Scholar who taught at Prinston University for 40 years. He is also the United Nations Special Rapporteur for Palestinian Rights under Israeli Military Occupation. He has accepted this thankless job reporting in his Professorial style of writing, the facts on on an occupying power breaching…Read more A HOUSE DIVIDED AGAINST ITSELF CANNOT STAND

Jonathan Cook is an award winning British Journalist who has lived in Nazareth since 2001. From his unique perspective on the ground, he has written three books on the Israeli-Palestinian conflict. This is his latest column that appeared in Al-Jazeera August 16, 2013 and re-posted here with his permission. He does not get much exposure…Read more ISRAEL’S BOOMING SECRETIVE ARMS TRADE – MERCHANTS OF DEATH

In the Spirit of ’76, as a demonstrator, I was highly visible at The Liberty Memorial Mall in Penn Valley Park and The Crown Center Hotel in Kansas City the whole time of the Republican National Convention. President Ford, Vice-President Rockefeller, their organizers and partisans were staying there. Arriving in Kansas City, the 1st place…Read more SIGNS OF THE TIMES

You were on your way home when you died. It was a car accident. Nothing particularly remarkable, but fatal nonetheless. You left behind a wife and two children. It was a painless death. The EMTs tried their best to save you, but to no avail. Your body was so utterly shattered you were better off,…Read more GOD! IS THAT YOU?

Halloween, at least in part, originally was a ceremony for the dead, and in the Christian context an interval to honour or pray for those who had died but were still parked, so to speak, in Purgatory, awaiting their eventual ascent to heaven. It was, and still is, underneath the costumery and fun, a time…Read more DEATH & RESURRECTION

The following article is re-posted from the Blog of Professor Richard Falk, UN Special Rapporteur for Palestinian Rights under Israeli Military Occupation. I selected and included all the images. Richard Falk is a recognized International law and International Relations Scholar who taught at Princeton University for forty years. Since 2002 he has lived in Santa…Read more AM I MY BROTHER’S KEEPER?

TODAY is my Birthday! Thirty-nine years have gone by since that unexpected, Wonder Filled Day when I was ‘Born Again” by the Spirit of God February 1, 1975. I was 29 going on 30, and never experienced anything like it before. That Day, I came alive to God and/or God came alive in me. Before…Read more I AM THAT I AM

It is now 7 months since my last post, February 1st, on the occasion of celebrating the 39th anniversary of being “Born Again,” making me 70 going on 40. Since a Red Line was drawn in that article, and the Spirit moved me to insert “…to be continued” something I never did with any previous article,…Read more BIBLICAL NINEVEH – THE WORLD CITY

The last post to this Blog August 13 was on the Biblical Jonah in the Whale story, in light of ISIS the Islamic militants, the newest, greatest threat to humanity, blowing up the Islamic Mosque reportedly containing the Tomb of Jonah in Nineveh, Iraq. Jonah is revered by Jews, Christians & Islam. What is…Read more JONAH, JESUS, ISIS AND ISRAEL

The Gold Dome is the most immediately identifiable image dominating the skyline of Jerusalem. It has stood there for 1300 years, longer in TIME than both the 1st and 2nd Jewish Temples. There is a growing movement of Jewish activist-extremists who want to see the Dome destroyed, and a 3rd Jewish Temple built in it’s…Read more TEMPLE MOUNT AND THE BATTLE OF THE GREAT DAY OF GOD ALMIGHTY

……This is a Work of Faith in progress! Please be patient and revisit in a few days. This is 44 years later! Looks like their high paying Job-Work has been rough on their faces! I liked this Rolling Stones song since it came out in 1969. It has always served to govern any emotional over-reaction…Read more PATIENCE OF JOB – THE MAN/PATIENCE OF JOB – THE WORK OF FAITH

The following article by Professor Richard Falk is clear, incisive, objective and Righteous. Richard Falk is an International Law and International Relations Scholar who taught at Princeton University for forty years. His term as UN Special Rapporteur for Palestinian Rights recently ended. He is the Jew the Israelis love to hate. I first learned of…Read more TELLING IT LIKE IT IS: LIP SERVICE TO PEACE – POLICY & ATTITUDES LEADING TO WAR

I am pleased to re-post this article that appeared in Pravda Today, and in other on line news outlets, written by someone I have known for many years. We both arrived at the same conclusion independently. It is the US, with it’s aggressive anti-Russian attitude, that has precipitated this crisis to further it’s Babylonian Imperial…Read more War Over Ukraine – Prelude to WWIII/Armageddon?

Backtracking From the Brink in Ukraine By Jay Ogilvy Jay Ogilvy Jay Ogilvy joined Stratfor’s editorial board in January 2015. In 1979, he left a post as a professor of philosophy at Yale to join SRI, the former Stanford Research Institute, as director of research. Dr. Ogilvy co-founded the Global Business Network of scenario planners…Read more WHEN SANER HEADS PREVAIL 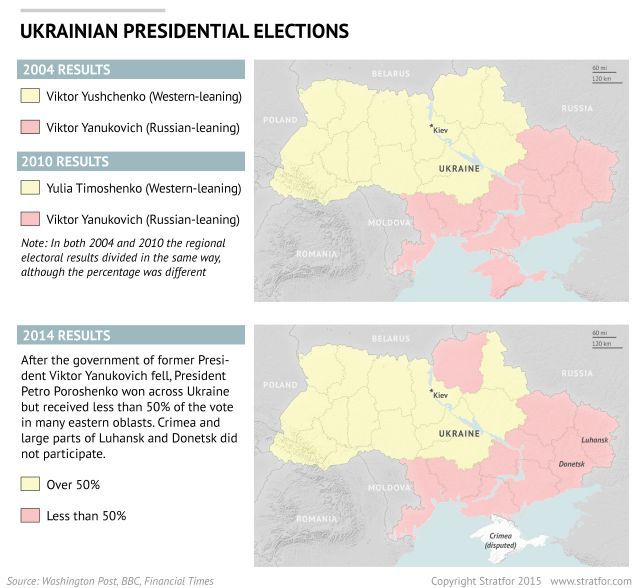 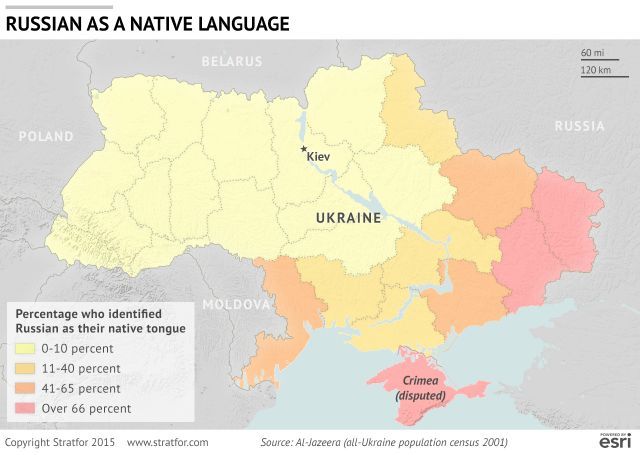 It was my intention to write and post an article about Pope Francis I Today, the 2nd article on the evolving Papacy. The Papacy and the Vatican Curia is the oldest continuing, functioning government on earth, having mutated from the power structure of the Emperor gods of Rome to the Pope of Rome with the…Read more O Jerusalem, Jerusalem, you that kills the prophets, and stones them which are sent to you

Gideon Levy is a Haaretz columnist and a member of the newspaper’s editorial board. Levy joined Haaretz in 1982, and spent four years as the newspaper’s deputy editor. He is the author of the weekly Twilight Zone feature, which covers the Israeli occupation in the West Bank and Gaza over the last 25 years, as…Read more HAVING EYES THEY WILL NOT SEE

I start my Day on the computer reading The Jerusalem Post, Haaretz, The Washington Post, and then move on to many other different on line news sites. Why do I start with Israeli news organizations? Because that’s where Armageddon is located and starts. Armageddon was derived from Har Megiddo located in Palestine during the occupation…Read more JEWS AND PALESTINIANS

I just started to write this article when the horrific news out of Paris interrupted it. More interesting for me to note than for others obviously, because it happened on the 1 year anniversary of posting TEMPLE MOUNT AND THE BATTLE OF THE GREAT DAY OF GOD ALMIGHTY For those with eyes wide open, it’s…Read more THE PEOPLE’S POPE – A MAN FOR ALL SEASONS AND REASONS

S Samuel being dedicated to the service of the LORD and presented to his Father the High Priest When I first learned how to read in the 1st Grade in 1950,  the 1st Book I read cover to cover was the Bible. I loved the history, the trials and tribulations of the ‘people of God,’…Read more KINGS OF THE EARTH

I walk across the beach, follow the ever-shifting outline of the water. The sun has begun to set; the sky is blossoming with fire. I watch the surf churn and froth as it rolls in and out. I find the waves to be contemplative. They comfort me, draw me into myself as the water is…Read more An Immortal in Exile

TODAY is my Birthday! I’m 72 going on 41. My Flesh came into being in this world on May 21, 1944. My Spirit came alive to the Eternal God on February 1, 1975. I was born again with a new outlook on Life and a new Beginning. Before that day, I believed I was born…Read more BORN AGAIN

“Believe that you can run farther or faster. Believe that you’re young enough, old enough, strong enough, and so on to accomplish everything you want to do. Don’t let worn-out beliefs stop you from moving beyond yourself.” – John Bingham All that we are requires faith. Not just in a religious sense, but also… self-confidence,…Read more FAITH AND BELIEF

It is no secret the US believes it is an ‘exceptional Nation’ and the post-WWII rules that govern the behaviour of other Nations,  the US considers itself the exception to the Rules, enabling it to violate International Law with impunity as the world’s late, great Imperial Power. The UN is located in New York, and…Read more REGIME CHANGE

Originally posted on Mike Kuplevatsky:
A man is measured by the quality of his friends and the choices that he makes when all hope seems to be lost. When I was a kid, I had this silly idea that adults were perfect and that they always made the right choices. As I grew older, though,…

Originally posted on Confusius:
? When born, one radiates pure innocence… One’s eyes are the windows to the soul; while looking into the crystalline eyes of a newborn, one can catch a glimpse of a soul that has gazed upon God itself, an immaculate being returning from infinity, once more setting foot on the mortal…

It is 40 years ago TODAY, The Kansas City Times published this report, the 1st of 2 in the Spirit of ’76, as Americans were celebrating the 200th Anniversary of their Revolution. When the Republican Convention was over, and the crowds left, I stayed behind and camped out at the Liberty Memorial Mall in Penn…Read more BACK TO THE FUTURE

Joseph is one of my favourite Old Testament characters and not only because he is my namesake. As I read the story, it represents Triumph over Tragedy. Joseph’s Father, Jacob, was the 2nd twin son of Issac. It was Esau that came out of his mother’s womb 1st, and then Jacob. The Bible says Esau…Read more JOSEPH AND THE COAT OF MANY COLOURS

TODAY is another 40th Anniversary Day for me. On ALL SOULS DAY, November 2, 1976, THE KANSAS CITY TIMES published the 2nd of two reports on my visit to the City in The Spirit of ’76. The writer of this 2nd record is not the same Reporter who wrote ‘Prophet Chooses Park For Vigil‘ on…Read more ALL SOULS DAY