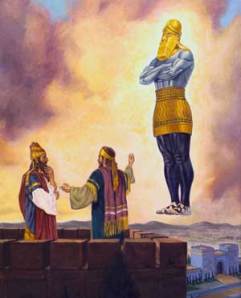 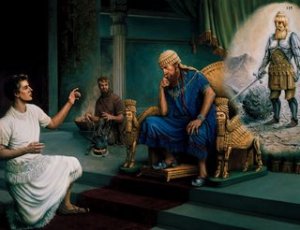 Long before Trump, and the great Political-Religious divide was recognizably growing in the US as Today’s events confirm, this was posted online February 26, 2011.

The polarization that is being entrenched in American society and Politics these days was foretold long ago in the Book of Daniel written during the captivity of Babylon 2600 years ago.

The King of Babylon had a terrible nightmare that left him shaken to the bone. Fear spread to everyone in his Court. He called in all his Cabinet Secretaries and Ministers, Advisers, Experts, Consultants and Academics to tell him the dream which he forgot.

No one could tell him what is was, and he ordered all the wise men in Babylon to be executed. He reasoned he could not have had such a terrible nightmare unless he was being given bad advice.

That same spirit showed itself again in Cambodia America was secretly bombing, during the Vietnam War.

Pol Pol came out of that vacuum the US bombing opened, and executed all the so called smart people, known as the Intelligentsia Today.

There is no mistaking in the US Today, a large segment of the Population display that anti-Intellectual spirit in it’s early stages.

Daniel, a Jew of the Captivity and recognized as being a “Dissolver of Doubts,” was able to get a stay of execution while he prayed to his God to have the dream revealed to him. It was.

What this World needs is more People like Daniel, Dissolvers of Doubts.

You, O king, saw, and behold a great image. This great image, whose brightness was excellent, stood before you; and the form of it was terrible.

This image’s head was of fine gold, his breast and his arms of silver, his belly and his thighs of brass, His legs of iron, his feet part of iron and part of clay.

You, O king, are a king of kings: for the God of heaven has given you a kingdom, power, and strength, and glory.

And where ever the children of men dwell, the beasts of the field and the fowls of the heaven has he given into your hand, and has made you ruler over them all.You are this head of gold.

AFTER you shall arise another kingdom inferior to you, and another third kingdom of brass, which shall bear rule over all the earth.

And the fourth kingdom shall be strong as iron: inasmuch as iron breaks in pieces and subdues all things: and as iron that breaks all these, shall it break in pieces
and bruise.

And whereas you saw the feet and toes, part of potters’ clay, and part of iron, the kingdom shall be DIVIDED; but there shall be in it of the STRENGTH OF IRON, inasmuch as you saw the iron mixed with miry clay.

And as the toes of the feet were part of iron, and part of clay, so the kingdom shall be PARTLY STRONG, and PARTLY BROKEN.

And whereas you saw iron mixed with miry clay, they shall mingle themselves with the seed of men: but they shall not cleave one to another, even as iron is not mixed with clay.

And in the days of these kings shall the God of heaven set up a kingdom, which shall never be destroyed: and the kingdom shall not be left to other people, but it shall break in pieces and consume all these kingdoms, and it shall stand for ever.
Daniel 2

No doubt the king was relieved, having all his doubts dissolved, and pleased in hearing this interpretation of a dream he did not remember. 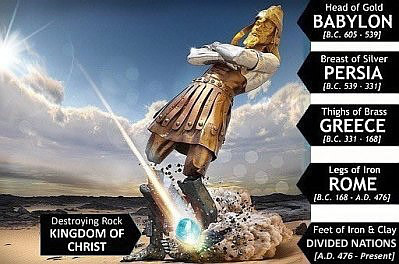 In my view, the feet and toes of this vision describe The Un-United States, the latest face of Imperial Babylon-Imperial Rome, with the strong as iron military force bombing and breaking in pieces so many parts of the world, trying to subdue it, and the widening Republican/Democratic divide among the People.

While I take no pleasure in the thought, I see all the circumstances coming together in the near Future that will cause a stream of Americans to seek Refugee Status in CanaDa to escape American style, Home Grown Crazy Terrorism. There will be guns a plenty going off.

IF Americans don’t smarten up, and fast, ‘The American Dream’ will turn into The American Nightmare.

The Mass media have the greatest Power to set the Nation on the right Path. They have the unique Power to effect the thinking and feelings of MILLIONS of People at the same Time.

Most of us might be able to affect 1, 2, or 3 people in our immediate environment. We have no control over what others think.

There is nothing from without a man, that entering into him can defile him: but the things which come out of him, those are they that defile the man.

6 thoughts on “THE KING’S TERRIFYING NIGHTMARE”